This is not an official build of Tesseract.
Direct all issues and comments to opensource@malcolmhardie.com

June 2013 - There is a release up on github (with contributions from others, open source!)
https://github.com/AngusHardie/TesseractOCR-For-Mac

November 2010 - Updated for Tesseract 3.0 + minor improvements
(This release is based off the older branch, so there isn't a command line tool yet)

Sept 2010 - Added universal binary command line tool and an updated XCode project file to build that binary. To use the new project file, you need to download the source package first, then replace the main project file with the updated one from the update archive.
January 2009 - Now updated to use the 2.04 release of Tesseract OCR

I have produced a universal binary build and a rather simple cocoa front end that allows basic optical character recognition. 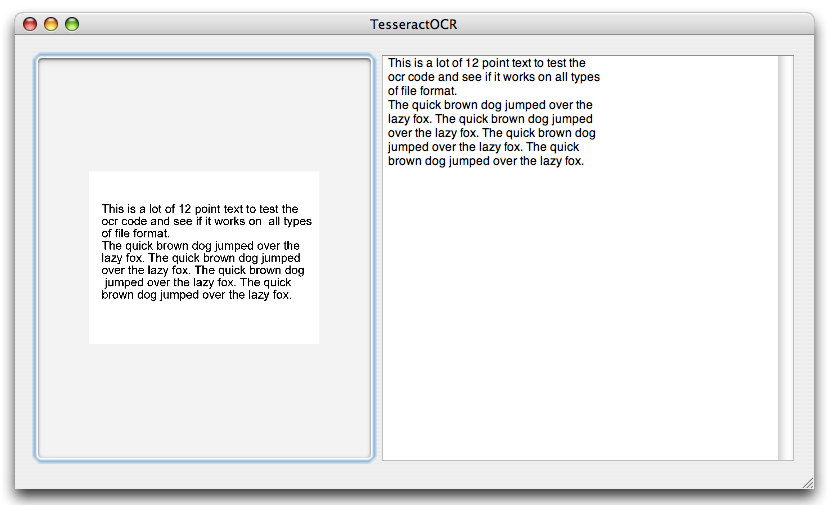 You paste or drag an image into the lefthand box and converted text appears in the righthand box.

This is really only a proof of concept, but if there is interest I might see if it can be developed further.

All of the original parts that I have created are hereby released under Apache license version 2. As Tesseract itself is.

Note that this distribution contains:

The official site for Tesseract is at http://code.google.com/p/tesseract-ocr/